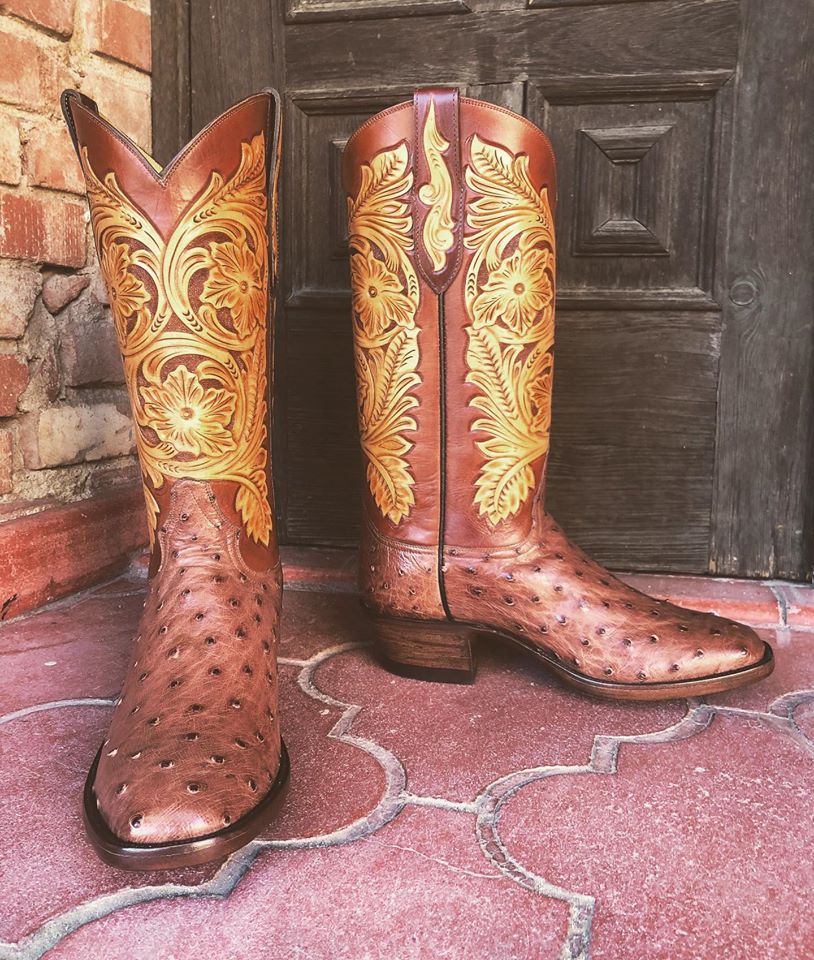 My great grandfather, Yldefonso, moved to El Paso after a huge flood wiped out his Leon GTO mercantile store in 1930. When he arrived in El Paso he began working at Fort Bliss making boots and shoe repair, along side then unknown Tony Lama Sr. He soon decided to go into business for himself in about 1934.

One of his sons happened to be the city champion in wrestling. So it was common for locals to refer to him as “El Campion” and would often say “Vamos a ver El Campion” (“Let’s go see the champion”). Thus the Champion legacy was born.

In the 40’s and 50’s my grandfather “Jose Lucas” and grandmother “Cuca” expanded the business to include western clothing. They pioneered the “repair while you wait” concept in El Paso. The business grew to 6 retail outlets in the El Paso area. My grandmother also maintained a shoe findings business as well.

In the late 60’s my father “Jose Luis – aka Chacho” graduated from Texas Western, and since he was the only boot maker in El Paso with a college degree, soon obtained large contracts for other boot companies. Joe Sanchez, the third generation, along with his wife Norma, helped to create El Paso’s great image of El Paso as “Cowboy Boot Capital of the World”. As a consultant and sub-contractor he helped build well-known brands such as Tony Lama Cowboy Boots, Justin Boots, Nocona Boots and Dan Post Boots. Seeing a huge growth of cowboy boots in popular American culture, and recognizing his knowledge of cowboy boot making and leadership, each of those companies sought out his expertise in setting up shop along the border where hand-crafts and talent were plentiful at the time before and during the Urban Cowboy era.

During the 70’s my parents opened a retail location on I-10 in El Paso. It was a great time for the boot business thanks to John Travolta and Bum Philips patchwork cowboy boots (He was the Houston Oilers coach – for you “non-Texans”).

In the 80’s we began our own business as partners before we got married, marketing boot accessories-tips and such for cowboy boots. We began as Champion Attitude Accessories. Priscilla always loved the the inlay boots from the earlier eras and she began to re-introduce the classic patterns and foresaw the potential of boots of rich colors and detail, introducing the “Our Lady of Guadalupe” Cowboy Boot design. Rocket Buster Boots were once partially manufactured in our shop and we were consultants for Ivan, the Rocket Buster Manager in the 90’s We began pair by pair and incorporated metal studs and tips and hand painted snakeskins for a younger and tattoo tooled designs, edgier crowd – boots with rock and roll flair and “Champion Attitude Boots” cowboy boots were born.

We began having trunk shows with all the major Rock Stars of the day such as Kiss, Bon Jovi, and Motley Crue. It was common for us to have boots in two or more MTV videos every week, but one week in 1991, every top 10 video had a pair of our boots in them! And with the popularity of civil war reenactment, Priscilla began researching patterns and pursued period reproduction. This led the way to other period designs such as pirate boots. As time went by we developed a reputation for authenticity and great customer service. We have been sought out by movies and theater production companies for development of unique costume items. Movies such as The Pirates of the Caribbean, 3:10 to YUMA remake, National Treasure, and dance companies such as Cirque du Soleil rely on our expertise for authenticity and quality.

With the Internet, CABOOTS.com was born, the acronym for Champion Attitude Boots. We now can offer, direct to the consumer, the ability to design and create for individuals. We offer the best customer experience and service. We think that is why folks keep coming back again and again for more. Our growth is testament to the quality of footwear we make.

Thank you for visiting our site.

Okay, You’ve Heard Enough About Us

Sat: By appt only

CALL OR EMAIL US ANYTIME!